By Stephen King, Founder at SocialBusiness.org

The dominant funding source for social sector companies has been grants from either foundations or government, while smaller charities can usually rely on donations. These funding sources are quite timely to attain, and usually come with various strings attached to usage and the additional reporting can be cumbersome. In many cases this type of funding is critical as few other sources of funding are typically available. For funding these companies, a useful framework is displayed below to show the different stages. 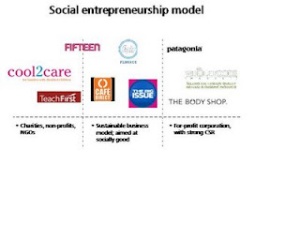 The most common social companies are in the first phase, which rely on grants and donations. Many companies do not exit that phase as creating a sustainable business model is not possible. In the middle phase is the most complicated and we will discuss this one in more detail. The last phase attracts normal venture capital funding and would also likely be viable for stock offerings and large corporate investment.

The middle phase companies often start with donations and government funding during their start-up phase as they can attract that funding due to their social aims. In contrast to other start-up business, this is effectively free money they can use to help bootstrap their early stage growth. As the company looks to grow further there is has been an emergence of new ways to fund the companies in this middle sector. Companies such as Bridges ventureshttp://www.bridgesventures.com/ has started to raise funds to invest as venture capital money into socially good business models. Many of the same requirements apply, as other venture capital investments, although the fund has been sourced with this end use in mind. In addition, other creative funding sources have been created such as stock offering direct to consumers; as was the case with Café Directhttp://brewing.cafedirect.co.uk/.

Future activity in this space is still unclear as growth is abundant. It is quite likely that mergers and acquisitions could become common as these new business models look to grow and expand, while increasing their efficiencies and economies of scale.